Continuing the discussion from here, I have made progress in analysis of scientific targets. As discussed, the clustering approach did not seem to be going well. I am sure that with a more sophisticated technique than Kmeans, it would possible to maintain meaningful clusters that adapt to the growth and decay of the entities. But for the purpose of demonstrating the “analyst role” in mission planning, a simpler approach should be sufficient. If the path planning system is shown to be viable, then more sophisticated techniques could be applied that are specific to the domain of the real-world scientific targets.

For each iteration of the model (an image, as if from a satellite or UAV), the image is broken into a grid where each cell has a number of pixels. The characteristics of the cell values are analyzed over several iterations. 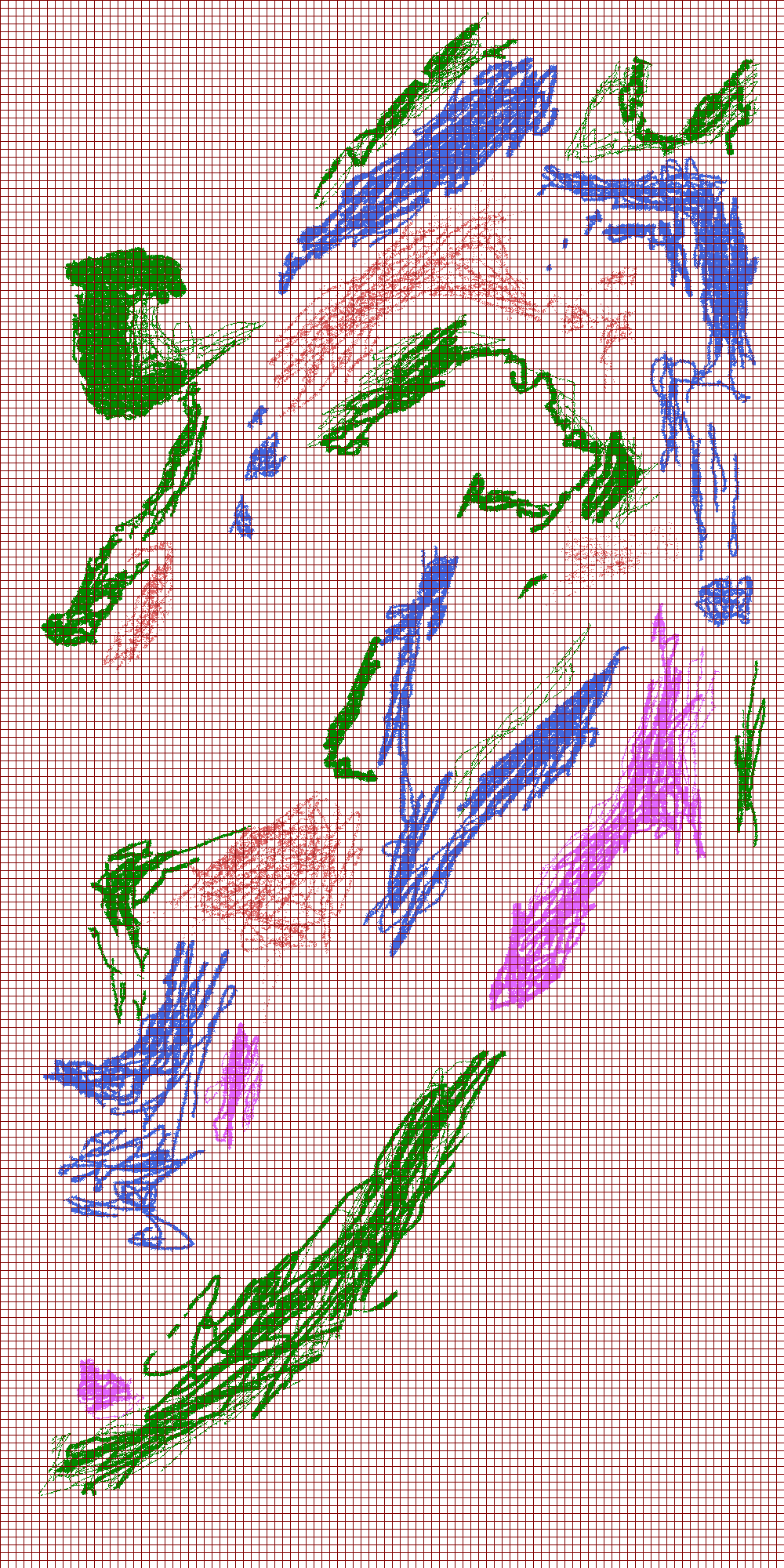 Without any background information, a single image should not be able to suggest any sort of “interestingness” to the robot. Expect for, perhaps, relative proportion of each entity. An uncommon entity could be considered more interesting, but abundance need not correlate with interest.

With multiple iterations, the robot can learn about the general behavior of the entities. This could involve sophisticated modeling of the system, but that would typically require a large set of observations. More simply, within a few iterations the robot could find the rate of change of each entity. It could also find the acceleration between subsequent iterations.

Changes in characteristics (sudden growth or death) could be indicative of interesting activity at that site (grid area). Currently, I have it find the mean, min, max, median, start, stop, and difference of the density of values within each grid (for each entity). With these values, I expect to estimate the rate of change and detect sudden rate changes.

Interestingness could be based on 2 major attributes:

Another thing I would like to capture is neighborhood information. I think that there could be a difference between internal and border regions. For example, decay along a border could be normal if the border is overall stable. But sudden internal decay would be less expected. Also, a “disappearing” entity is less of a concern if adjacent grid regions have that entity.