Took the prototype airboat for its first field test as a vehicle. By that I mean it was controlled by remote control and not by me dragging a floating platform with a rope as before. Before considering autonomous waypoint following, we needed to see if the boat could be controlled manually. We were not sure how well the quadcopter-on-its-side-airboat would actually perform. I was aided by Alexis Guijarro who handled the remote control while I took the boat out into the deeper water. 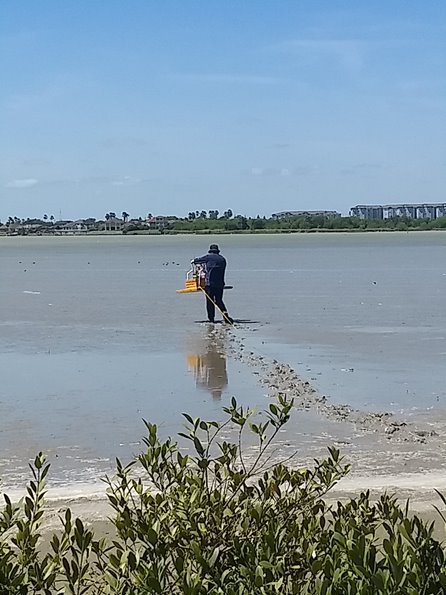 We conducted the experiment on the TAMUCC campus (~ 27°42’40.8”N 97°19’45.3”W). We found that the tide was quite low and it was extremely shallow. Even for a boat with small draft and intended for shallow exploration, the boat was frequently stuck. I could see that it was shallow for well over a mile, so we did what testing we could. At least three inches of draft are needed for reliable operation of the vehicle. Because of the shallow water, it was difficult to test the forward propulsion. However, the turning was better than I expected. Despite strong winds, the boat was able to turn almost on a dime. Forward movement can be enhanced in a variety of ways, but the main concern was if the rudderless turning concept would be effective. In this respect, the boat’s performance was a successful proof of concept.

One issue is that the propellers were significantly affected by wind. So much so that I thought Alexis had started the motor when in fact it was just the propellers turning from wind. We are considering some structure to surround the propeller which should both focus the output and protect from wind interference.

The next test will be performed at another campus location where I know that the depth is much greater. 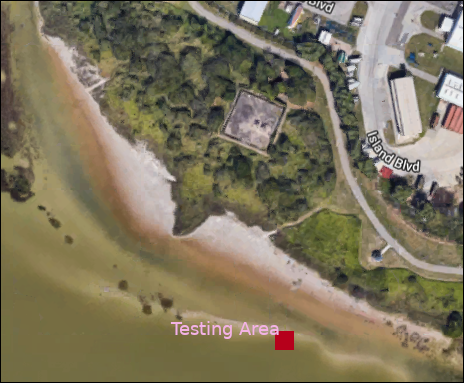