I will soon update this post with screen shots

The small size of the camera platform made it easily tossed about which greatly affected the footage. I used some extra foam from the main boat to build a small boat that can carry the camera. It simply straps onto the camera float. 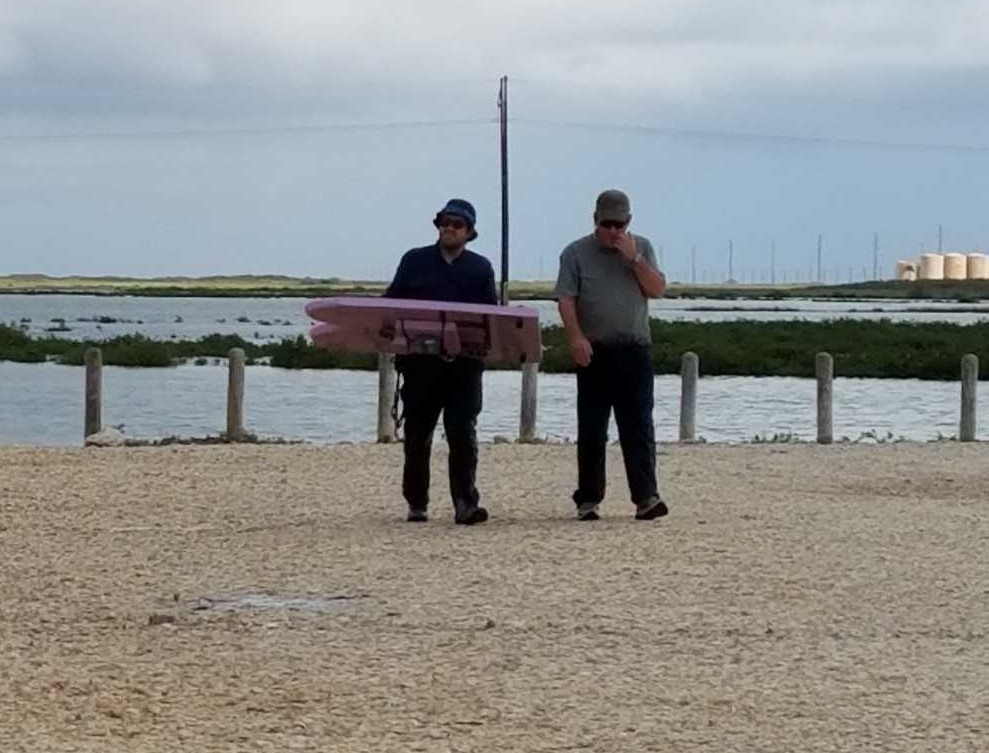 My dad and I went to test the platform at a place where we knew there would be plenty of seagrass and holes in them. This location is well-known by local kayakers and fishermen as the place you can park easily by the Methodist church.

As you can see in the satellite image, the place is bountiful in seagrasses. 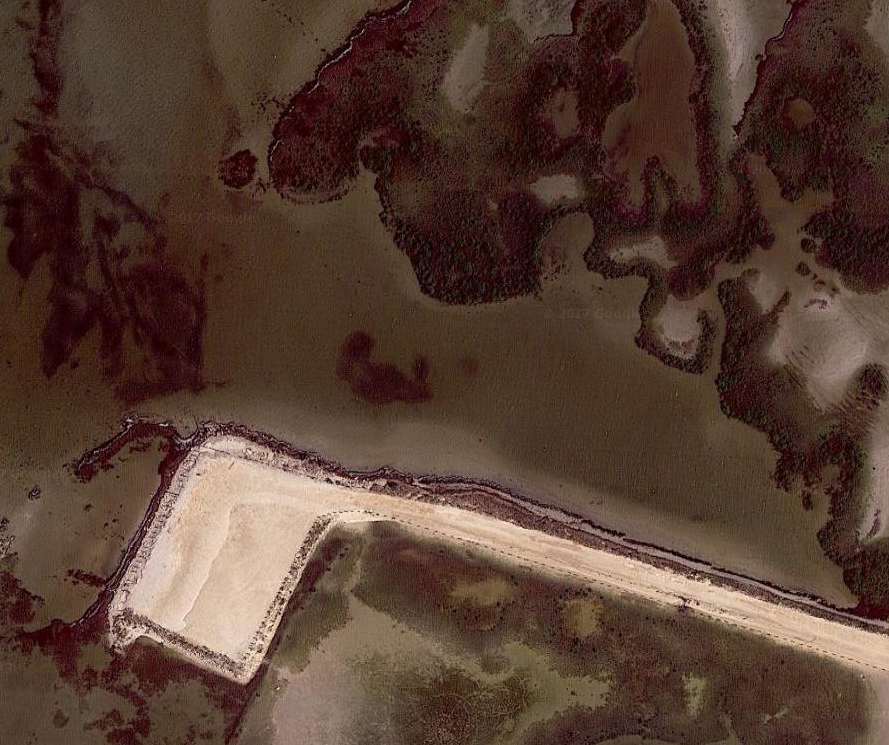 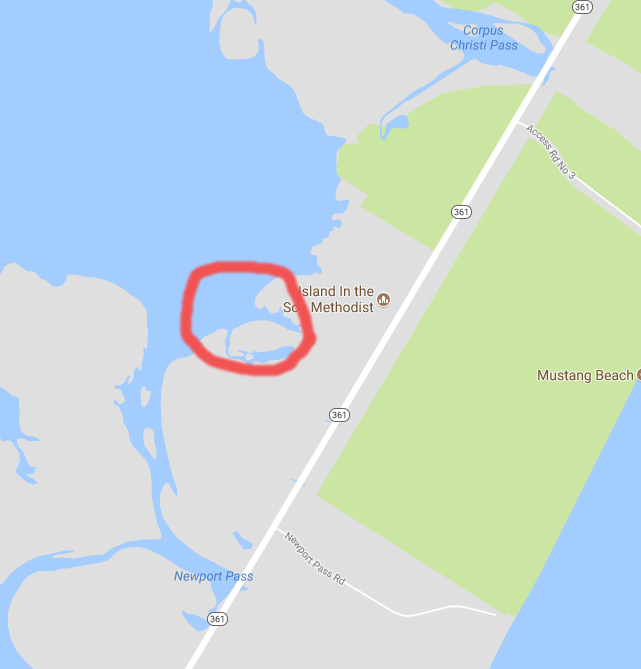 My project for the image processing class is to use the drifting camera plaform to detect holes in seagrass. This will be challenging because the shallow deptha at which the float operates is such that an entire hole is not going to be seen at any given frame.

Either the images could be stitched together into a mosiac where the holes can be made visible. Or the platform will realize when it seems to be going over a hole. For example, if it has been in seagrass and then enters a sandy region, it could have some probability of the region being a hole. If it re-enters the seagrass meadow, then it has greater confidence of having crossed over a hole. Of course, distance would be involved as part of a sliding window where eventually the platform will be less confident that it entered a hole. More likely just left the meadow region completely. If the platform were an autonomous craft (and not just a smart sensor), it could follow the edge or try to intersect at another angle to investigate whether or not the region is a hole. 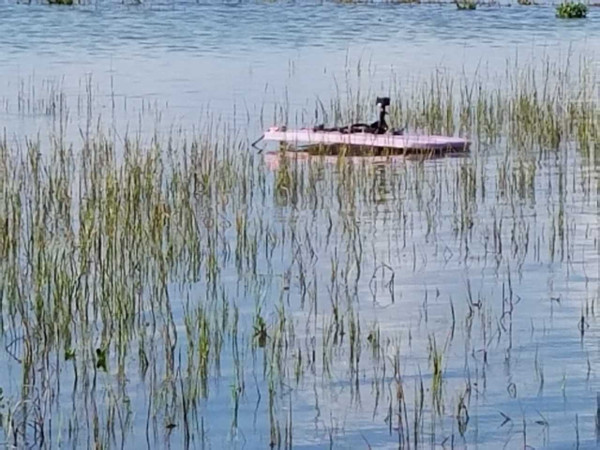 Because the camera itself is a float, it just lifted the added boat body. I expected this and brought along a small anchor to weight it down. This put the camera further underwater which helped quality since it could not bob up and under the surface.

Attaching the pull rope in two places made it much easier to drag smoothly.

Tons of jellyfish were around. I manuevered the platform where I knew it would capture a jellyfish and the quality was surprisingly good for a moving target that is within inches of the lens.

Found multiple seagrass holes and intersected at multiple places. Should be good data to work with for the class project.

Near shore, the water was extremely green and the video was nothing but green. Water was clearly just a bit further out, but was not as clear as the test a couple weeks ago.

Much of the seagrass footage is very detailed. This makes me hopefull for my potential future work in species-level identification. 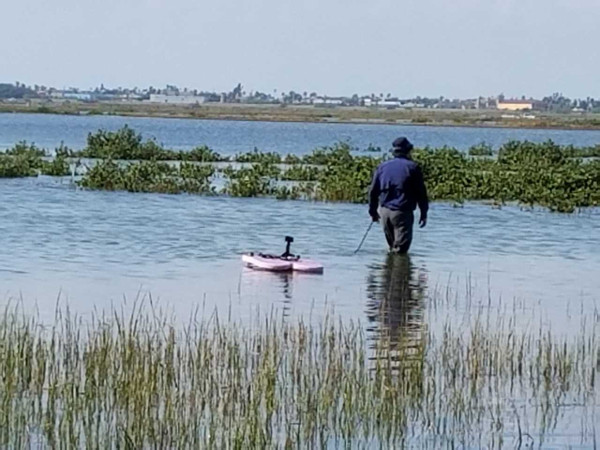