Earlier this week, I realized an issue with the choice of camera. The oCam from Hardkernel does not autofocus, which makes it practically unusable. Fortunately, Dr. King has a GoPro that I could use. I attached a mount to the platform such that it just looks down under the waterline.

This morning, I deployed it just off of the Causeway. Rough coordinates are (27.66, -97.27), and time was from ~ 10:30 - 11:00 am. I recorded over 30 minutes of video at depths from 0 to ~4 feet, so I was able to see how it performed as the water got deeper. Also, the footage alternates between sandy and seagrass floor. Some initial observations are as follows. 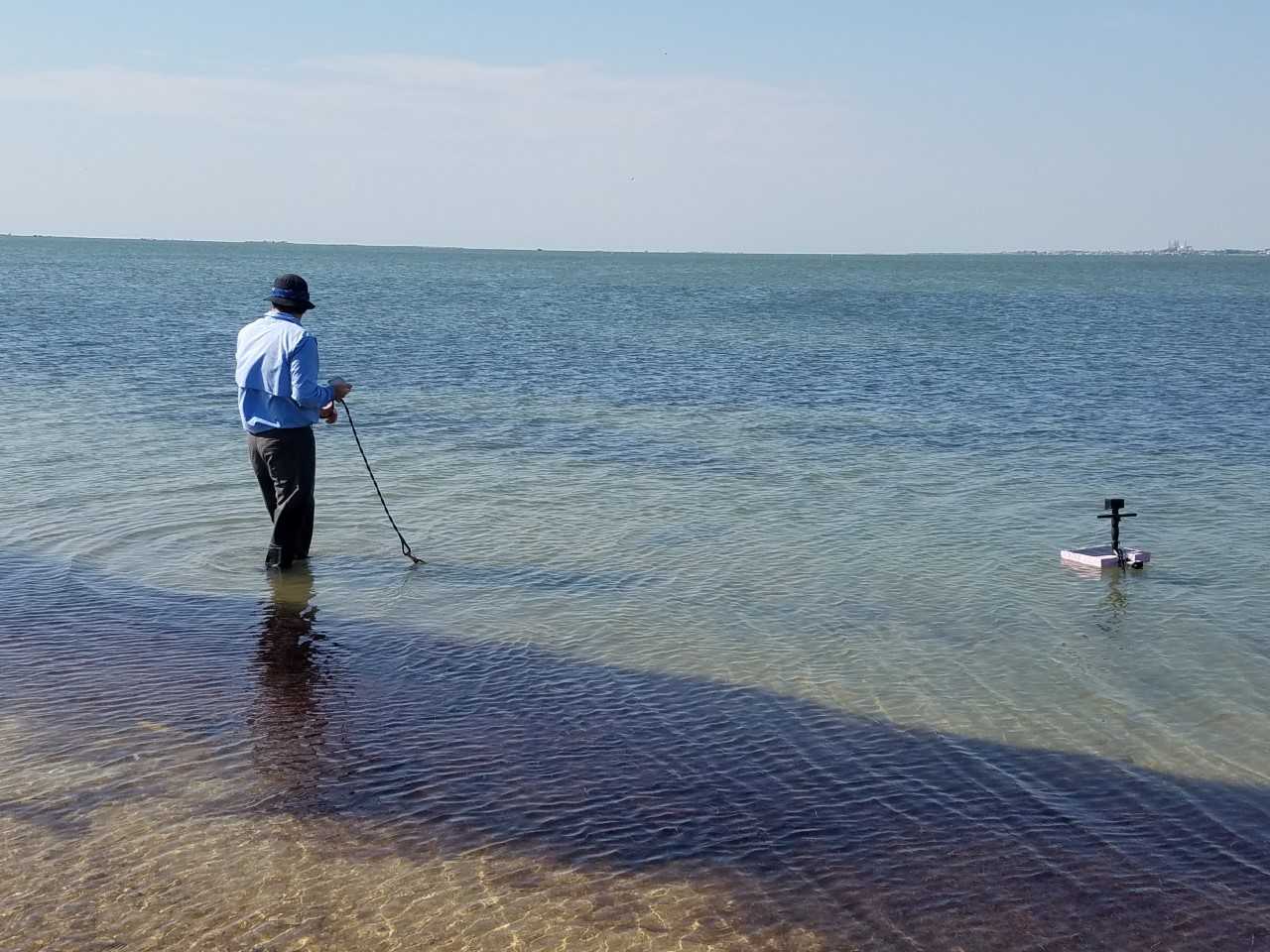 Was able to see details in at the bottom at all depths, as long as the platform was still. However, the platform sways and heaves heavily in choppy water. For about 10 minutes, I am holding the GPS unit which extends above the platform in order to stabilize. This greatly improves the imagery. When I was walking close, I kicked up sediment which made the video cloudy.

Details are reasonably clear even when moving. I can get very good quality if I hold it in place, but even allowing it to drift or be pulled captures enough detail to discriminate terrain type and many objects such as shells.

Since the top of the GoPro is still above water, was able to control and view from Android app without interruption. Though, I was never more than ten feet away.

Ultimately, I was encouraged by the results. Most footage is usable, but could be improved through more stability. But some was very clear and appears to be suitable for image processing. If the platform is still or slow enough, then mapping and exploration is reasonable. 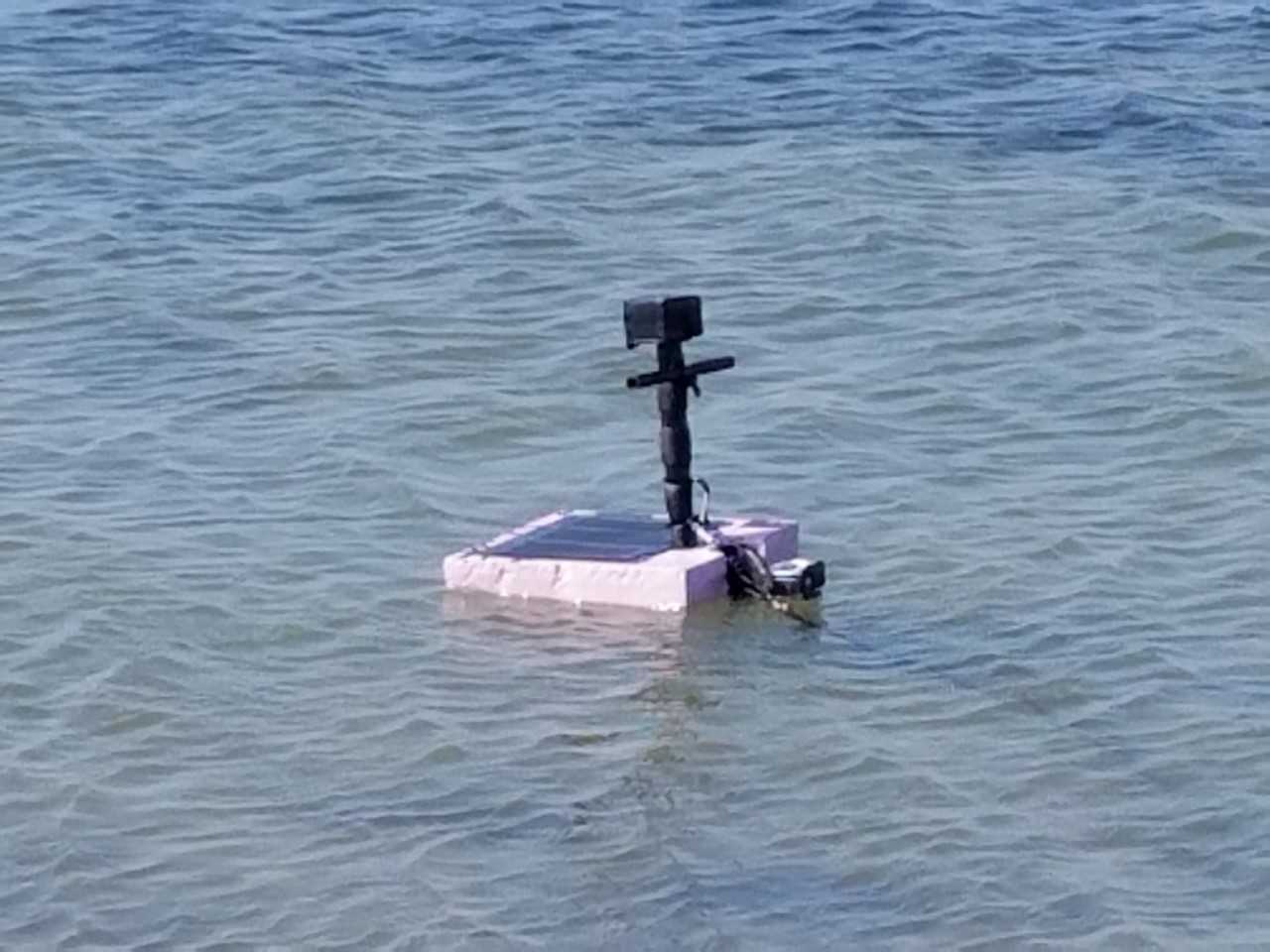